The Plaza Mayor, in the heart of old Madrid, is one of the most beautiful and historic spots in the city. The site of the modern square has been a public meeting place since the 14th century, elaborated, expanded, improved upon, and renamed by centuries of tumultuous Spanish history. Between 1631 and1790, three major fires destroyed many of the buildings surrounding the square. The Plaza Mayor as we see it today is largely the work of Spanish neoclassical architect Juan de Villanueva, most famous for the incredible Prado Museum.

The facade of the La Casa de la Panadería is perhaps one of the most notable on the Plaza Mayor, with its striking frescoes. This historic building was first completed in 1619, and was Villanueva’s reference for redesigning the rest of the square in 1790.

The statue of Felipe III was added to the center of the square in 1848, and that addition, along with the murals on the facade of Casa de la Panadería, are the only major visible changes to Plaza Mayor over the last two hundred years.

As a center of Madrid civic life for centuries, many incredible events have happened in Plaza Mayor. During the Spanish Inquisition, it was where people were forced to undergo public tests of faith, and it’s been the site of many executions. It was also used for bullfighting, before round rings became traditional.

The numerous arcades of the plaza are largely given over to bars and cafes, sprinkled with souvenir shops. Beneath the arches, one can find street artists and performers, portrait artists, and other local crafts, as well as a tourist office.

While locals find many of the Plaza Mayor cafes overpriced and inauthentic, sitting on the square for a cup of coffee or local vermouth and watching the city pass by is an experience not to be missed. And there are some exceptional dining experiences to be had, even in such a touristy spot. Some notable ones include:

Sobrino de Botin has been recognized by the Guinness Book of World Records as being the oldest continually-operating restaurant in the world, originally founded in 1725. This unique restaurant still serves the original recipes going back to the 1700s, and has an oven flame kept continually burning, said never to be extinguished. Young Francisco de Goya worked there, and their traditional cochinillo asado is mentioned in Ernest Hemingway’s The Sun Also Rises.

Bodegas Ricla is a bit closer to Plaza del Sol than Plaza Mayor, but this family owned restaurant is a favorite among locals and is over a century old. Legend has it that the wine cellar beneath the bar was a neighborhood bomb shelter during the Spanish Civil War. Today, Anna lovingly prepares authentic local foods in the kitchen while her sons run the bar in this tiny cafe. For classic Spanish canapes, bacalao, and hearty seasonal stews, Bodegas Ricla is hard to beat.

Many local fiestas take place wholly or partly in Plaza Mayor, including the festivals of San Isidro in May and Semana santa at easter. For the whole month of December, Plaza Mayor hosts a Christmas market, with crafts, music, theater, and more holiday events and activities. This Christmas market dates back to the 17th century, but was formalized in the 19th century and has been an annual event ever since.

On Sunday mornings, Plaza Mayor hosts an open air market for stamps, coins, and other collectibles. Locals stroll up and down the stalls, browsing the various old currency and certificates, as long with old books, postcards, and military memorabilia.

The Plaza Mayor is an essential experience in Madrid, a place to relax and enjoy the weather, browse local crafts or listen to buskers, and admire the beauty of your surroundings. You shouldn’t miss it.

Previous Post: « Prado Museum in Madrid, Spain
Next Post: What to Expect on Your First Trip to Athens » 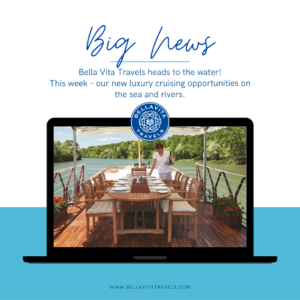 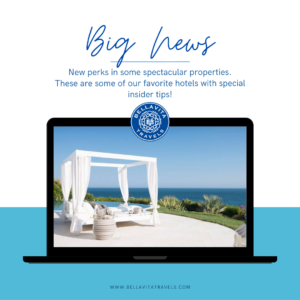 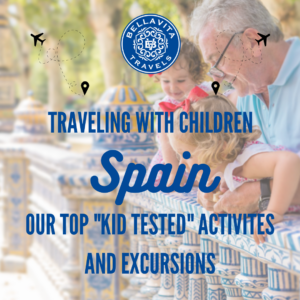 One of Croatia's most enchanting islands, Brac is a great choice for a few days. The third largest island in Croatia, it has an incredible amount of activities for our more active guests, and for those who love relaxing and soaking up the culture, the options are endless.⁠
For more information, ask us how to add Brac to your tailor made Croatian vacation!⁠
⁠
#croatia #visitcroatia #brac #islandlife⁠
#wanderlust #travelplanner #tailormade #luxury #bespoke #traveldreams #Mediterranean #summerholiday #dreamnowtravellater #travelgram⁠
⁠
------------------------------⁠
⁠
⭐STOP DREAMING, START PLANNING⭐⁠
⁠
➡️ 17+ years of experience planning tailor made luxury travel on the Mediterranean⁠
⁠
📍Italy, France, Spain, Greece, Croatia, Portugal, Morocco and more⁠
⁠
MORE INFO 📧 :⁠
info@bellavitatravels.com⁠
⁠
@bellavitatravels⁠ ...

This week on our travel blog, we are sharing some big news - Bella Vita has expanded its portfolio of luxury cruises on the sea and rivers! Our new affiliation means that we are able to continue offering our clients the highest level of attention and service, but with some new ideas and perks.⁠
⁠
Read more on the blog for ideas on your next tailor made holiday - on the sea!⁠
⁠
LINK IN BIO ⬆️ ⬆️ ⬆️⁠
⁠
#wanderlust #travelplanner #tailormade #luxury #bespoke #traveldreams #Mediterranean #summerholiday #dreamnowtravellater #travelgram #VIRTUOSO #tailormadesea #luxurycruise⁠
⁠
------------------------------⁠
⁠
⭐STOP DREAMING, START PLANNING⭐⁠
⁠
➡️ 17+ years of experience planning tailor made luxury travel on the Mediterranean⁠
⁠
📍Italy, France, Spain, Greece, Croatia, Portugal, Morocco and more⁠
⁠
MORE INFO 📧 :⁠
info@bellavitatravels.com⁠
⁠
@bellavitatravels⁠ ...

Though many visitors come for the D-Day sites, Normandy, France, is a truly special region to visit even if you aren't a history lover. There are so many small towns, gorgeous beaches, and special experiences to have in this region of Northern France.⁠
Ask us what we can arrange for you in Normandy!⁠
⁠
#normandy #france #visitnormandy⁠
#wanderlust #travelplanner #tailormade #luxury #bespoke #traveldreams #Mediterranean #summerholiday #dreamnowtravellater #travelgram⁠
⁠
------------------------------⁠
⁠
⭐STOP DREAMING, START PLANNING⭐⁠
⁠
➡️ 17+ years of experience planning tailor made luxury travel on the Mediterranean⁠
⁠
📍Italy, France, Spain, Greece, Croatia, Portugal, Morocco and more⁠
⁠
MORE INFO 📧 :⁠
info@bellavitatravels.com⁠
⁠
@bellavitatravels⁠ ...