Food, rightfully so, is one of the highlights of our client trips to Italy. Perhaps the most well known country in the world for its culinary offerings, eating their way through Italy and sampling the multitude of delicacies is for many their main reason to visit!

Visitors to Liguria are in one of the best and lesser-known gastronomic areas of Italy’s 20 regions. Though many think of pizza, pasta and gelato, some of Italy’s other most famous foods were actually invented in this tiny seaside region. Pesto, focaccia, minestrone, ravioli – all delicious treats that are part of the Ligurian diet, along with some other local specialties that you absolutely cannot miss here in the Riviera.

Liguria is a region that is geographically very diverse. Though the first thing that visitors fall in love with is the long stretch of sea that touches the whole south of the Italian Riviera, the north part of the region is snuggled into the mountains as it borders neighbors of Piedmont and Emilia Romagna. This means that the cuisine is an interesting mixture of sea and land, using a rich variety of foods and ingredients you will only find here.

Anchovies are one of the most interesting and typical things that a visitor can taste here. This mild, white fish has something of a bad reputation with foreigners, where the lack of fresh anchovies outside the Mediterranean coastal region means they have only every sampled the salty, mushy canned kind. Fresh anchovies are a delight and fortunately don’t resemble at all their tinned friends – not strongly fishy, fresh, white colored fish packed with vitamins has a multitude of serving options. Some of our favorite include bagnun, a rich tomato broth based anchovy soup, served with croutons typical of the Sestri Levante area, or acciugata, a pasta dish similar to a puttanesca pasta (tomatoes, capers, olives, herbs) but with fresh anchovies and (if you know where to go) homemade long pasta.

Ciuppin is a plate that many people are familiar with in the United States, not knowing its Ligurian origins. Cioppino, a “can’t miss” dish for those visiting San Francisco, California, is the Americanized version of this Ligurian delicacy. Ciuppin was brought over by immigrants and adopted in their new homeland, originally a way for them to use up fish that were too small to eat on their own. A mixture of rockfish and shellfish in a tomato broth with garlic and herbs (in the United States, they use much more hot pepper than here in Liguria, which shies away from heavy spice), it’s another delicious treat to taste on the sea.

Moving away from the sea, one of Liguria’s biggest gifts is the mild climate, which creates wonderful growing conditions for the aromatic herbs you find everywhere, from the street in any village to the mountain hiking trails. Here, decorative hedges are even made of rosemary, there is such an abundance! Basil is one of the most typical, and the basil from the town of Prà, by Genoa, is so prized it’s been protected by the European Union. Making pesto with this basil provides a delicate aroma and an intense flavor – you can easily see the difference in its smaller, pointy leaves compared to regular basil. Add pine nuts, good Ligurian olive oil (another one of the region’s treasures), garlic (again, if you know where to go, you can find restaurants that use slow food prized garlic from the village of Vessalico, known for its digestibility and delicate flavor) and cheese, and you have Liguria’s culinary queen – pesto! Don’t be surprised to find that Ligurians are pesto purists – it’s served on bruschette or with pasta (try the typical trofie, a short, twisted pasta or mandilli di saea, dialect for “silk handkerchiefs” that are light, floaty pasta squares), but not typically mixed with other proteins like chicken or fish. Ligurians are proud, and even more so with their ingredients because they know how good they are – they prefer to let their incredible bounty of primary ingredients shine instead of adding “too much” to a plate to confuse the flavors.

Cima Genovese is a dish that you have to try if you are lucky to find it on a menu (and we know where to go for the best!). It’s a great example of how typical Ligurian frugality meets cuisine. Traditionally living as a fisherman or farming the land was never an easy job, and before tourism, times were very, very hard in the majority of the region, which means that Ligurians have a reputation as being –rightfully so – thrifty. Cima is an example of using simple, peasant ingredients to make a complex dish you won’t find anywhere else in Italy. Starting with a veal stomach, you fill it with a mixture of “poor” ingredients, like old bread, offal, peas, pine nuts, root vegetables, chard, mortadella, ground meat, cheese, egg, then stuff it in the stomach and literally, with a needle and thread, sew it shut. You then boil it for hours, and take it out and slice it thin, leaving you with a rich broth as well as delicious sliced cima.

Focaccia bread is found all over the world, but it was invented here. A flatbread recognized for it’s little holes dotting the surface, it’s perfect balance of crispy and soft, salty and oily, and also the way most Ligurians start the day, dipping a warm slice in a cappuccino. There are ample varieties across Liguria that show how different each town is from another, for example, in the town of Recco, they make a famous focaccia al formaggio, which resembles little traditional focaccia Genovese. Thin, almost flaky dough filled with soft, almost tangy prescinseua cheese (a typical fresh cows milk cheese from the Genova area) is so prized it’s also protected by the government with an IGP denomination as Focaccia di Recco. Other toppings include rosemary, onions, sage (again using the abundance of Ligurian herbs), tomato – regardless, it’s a great breakfast, lunch or snack option and a wonderful way to taste one of Liguria’s most famous products.

If you are in a focaccaria (focaccia shop) also look for farinata – a flat, baked “pancake” made of chickpeas, another Ligurian staple, or fried cubes of chickpea flour, called panissa. They are also great snacks, and gluten free for those with intolerances.

To wash down all of these amazing dishes, nothing else will do but a glass of local wine. The wine production in Liguria is predominantly white, and mostly vermentino or pigato, two similar (genetically related) grapes that match perfectly with Ligurian food. Crisp and aromatic without being sweet or fruity, many can pick up a notable salinity (like the DOC white wines of the Cinque Terre, whose terraced vineyards are in some cases practically in the water) and match very well with seafood. Otherwise, for red wine lovers, another offering is the famous Rossese di Dolceaqua, it’s aromatic and light to medium bodied, and goes very well with one of Liguria’s favorite dishes, stewed rabbit. These wines are a must try when in the region, as they are usually small producers and (especially in the cases of the Cinque Terre wines) impossible to find outside of the area. 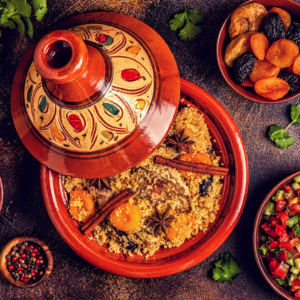 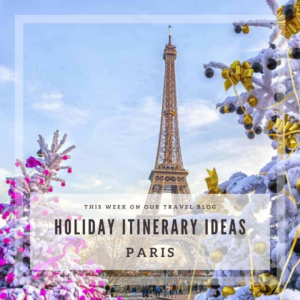 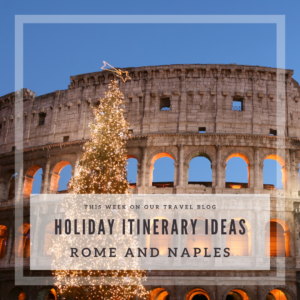 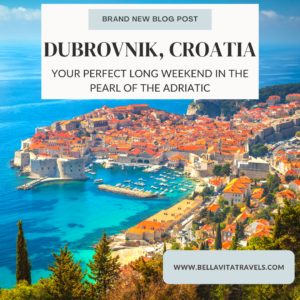 This week, we share some expert tips and itinerary

Known as a gateway to the Kornati Islands, Šibeni

Some of the most incredible seafood we've ever had

Our accommodations portfolio in Greece contains so

The Azores in Portugal are a true slice of paradis

Our evening tapas tour is the perfect choice for y