Split Croatia has been called “the most beautiful city in the world”. This jewel on the Adriatic Sea certainly lives up to that description! With its sunny climate, historical sites, lovely beaches and variety of outdoor recreational opportunities, its the perfect spot for a city break in Croatia.

Over the past few weeks we have been sharing some of our favorite cities for a short trip. These are cities that can be visited on their own in a few days. Or, you can add them into a longer tailor made holiday. There are so many tours and excursions we can offer in Croatia, and Split is a great choice as a stop along the way.

Get to know Split

The city’s name may have originated from Greek colonists in the third century BC. They called the area “Spálathos” after a type of spiny broom plant that grows nearby. After going through various incarnations during Roman, Venetian and Austrian rule, the name evolved into “Split” in the Serbo-Croatian language.

Split is home to Croatia’s second-largest airport, so you should have no problem flying into the city from almost anywhere in Europe. You can also take a train from other cities in Croatia, as the station is situated right in the city center, or come by ferry from Dubrovnik, Rijeka or even Italy.

Temperatures in Split are near perfect, especially in the summer when averages hover in the high 70s to low 80s. Even in the off-season you’re likely to have a few hours of sunshine in the middle of the day.

Split’s modern amenities mean that you’ll be able to find some very high-end restaurants and wine cellars in the city. Reservations are almost always a necessity, especially for popular establishments in the city center.

What to see in Split

With Greek, Roman, Byzantine, Venetian and Austrian influences, Split is truly a melting pot. Historic sites and everyday living co-exist — think laundry drying in the window just outside ancient ruins. This gives the city a unique atmosphere that you’ll be hard-pressed to find elsewhere.

Roman Emperor Diocletian built this huge military fortress slash luxurious palace in the third century, and it has survived the centuries — in fact, the remains may be the best preserved Roman ruins in the Mediterranean. The city grew up around the palace, which is now a UNESCO heritage site, and its narrow streets wind around the grounds. Go underground to see the passages used in Game of Thrones filming.

Climb the Bell Tower for a great view of Split, then come down to explore the interior of the cathedral. The building, constructed as the Mausoleum for Diocletian in the 3rd century, is the oldest Catholic cathedral still in use and second oldest of any Christian cathedral in the world. Be sure to view the cathedral’s wooden doors, carved with scenes from the life of Christ by Croatian sculptor Andrija Buvina in 1220.

First opened in 1820, this is the oldest museum in Croatia and features artifacts from prehistoric to Roman to medieval times. Worth a visit to see what catches your eye, especially if you’re a history buff, but don’t expect the sleek organization of a more modern museum.

The waterfront walkway is often crowded but makes a great location for people watching. Stroll along, grab a bite to eat or drink from a café, and take in the coastal views. If you go all the way along the marina and take a 20-minute walk down the road, you’ll reach the marvelous Ivan Mestrovic Gallery that houses the comprehensive works of this famous Croatian sculptor.

If you have a chance to take in a soccer game in this 36,000-person stadium, don’t miss it. Built by the Yugoslavian government to host the 1979 Mediterranean Games, the stadium is home to Hajduk. It is one of the most popular sports teams in this part of Croatia. Tip: Don’t sit in the north part of the stadium during a game; it’s reserved for the loud and rowdy fanbase called the Torcida.

This forested natural area (think New York’s Central Park) is just a few minutes’ walk from Split’s center. It gives you excellent views of the sea and the city. You can walk along the path to drink in the calm natural environment. If you like, you can continue along to lovely Bene Beach.

This open market displays a variety of produce, clothing and souvenirs. However, the real fun is in the street musicians and people watching.

Designated as a UNESCO World Heritage Site, Plitvice Lakes National Park is an absolute must for any traveler to Croatia. Made up of 16 terraced lakes over a total area of 114 square miles, the water appears to be emerald green just like the forest that surrounds it. But the real attractions are the gorgeous cascading waterfalls that plunge over the terraces in seemingly every corner of Plitvice. During your time here, you can enjoy some lovely hiking routes within the park that follow along wooden boardwalks. You can also zip-lining across some beautiful landscape!

A few days in Dubrovnik? Or even head to Italy or Slovenia? The choice is yours! All our trips are tailor made and can be designed as you wish.

Split is a great choice for a city break!

We hope that these itinerary ideas provided some travel inspiration for your upcoming fall and winter. As always, its our mission and promise to make your Mediterranean travel dreams come true! 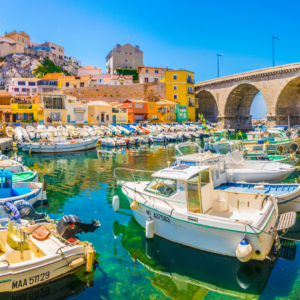 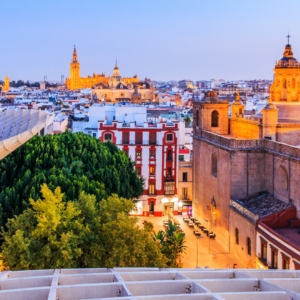 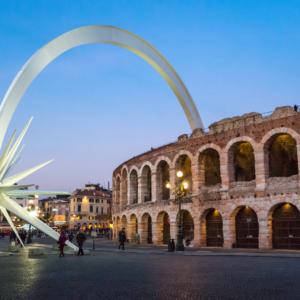 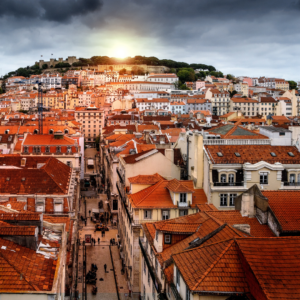