Nature lovers and seekers of gorgeous scenery will love the national parks in Croatia. Even if you’re not a hardcore outdoor enthusiast, the parks in this Mediterranean nation offer something for nearly everyone — including families — to enjoy.

One of the biggest challenges in visiting Croatia’s national parks is deciding which of these spectacular gems to include on your itinerary. Eight parks encompassing 384 square miles of land and sea are designated as national reserves, giving you plenty of options for where to spend your vacation. Here’s a brief overview of the eight:

Krka National Park takes its name from the river that runs through it; that same river pours into waterfalls that are not to be missed. The most famous, Skradinski Buk, is a majestic must-see, but many smaller falls — including some you can swim in — are situated through the park.

From Skradinski Buk, take a boat tour to see the 15th-century monastery located on Visovac Island. Krka also boasts Roman ruins and the remains of a medieval fortress that you can see as you make your way through the park.

The wildlife and plants in Krka National Park are renowned, and if you’re interested in learning more about them, walking tours are available. Lavender is especially plentiful and attracts both people and bees with its lovely scent.

Plitvice Lakes National Park is perhaps Croatia’s best known park. With its glass-like lakes, waterfalls and location between two mountains, the park attracts as many as 1 million visitors each year and is a designated UNESCO World Heritage site. Most visitors are keen to see the varied colors of the 16 interconnected lakes, but in the summer months, you’ll find plenty of other travelers throughout the park. Whether the lakes appear green, blue or turquoise depends the season, sunlight and amount of minerals in the water at the time you come.

A system of buses and ferries can help you get from place to place inside the park, and walking trails are well marked. Some of the walking routes are steep or include stairs, so be prepared with sturdy footwear. Book a tour if you’d like to get an overview in a short period. Refreshments are available at the park’s entrance, but make sure you’re carrying snacks and plenty of water.

Located on an island in the southern region of Croatia, Mljet has had Greek, Roman and Byzantine influences — but the national park that takes up more than a third of the island is large and nearly pristine. Mljet is the best bet for visitors who want more nature and fewer people.

Two salt water lakes offer plenty of recreational opportunities, including kayaking and canoeing. Set in the middle of one of the lakes, a former Benedictine monastery is open for tours. You can also rent bicycles and pedal around the lakes to see them fully.

Mountainous Northern Croatia is the setting for Risnjak National Park, a forested area that’s home to plenty of wildlife. The visitor’s center at Crni Lug can tell you more about the wolves, lynx, deer and bear that populate the park as well as the best hikes to take to see the park’s varied plant life.

For an overview of what the park has to offer, especially the diverse vegetation, take the Leska path. This circular route of about 3 miles starts and ends at the visitor’s center. Or, for the more adventurous, set out from Crni Lug and climb the park’s highest peak, Veliki Risnjak.

Risnjak is also the only one of Croatia’s national parks to offer fly fishing. You can buy a fishing ticket at Kupa River and spend your day fishing, as long as you’ve packed your gear.

Serious hikers will enjoy the varied terrain of the Paklenica National Park. If you’re planning a longer hike, take the two-hour path to Manita Peć Cave; its two magnificent halls house multiple stalagmites and stalactites. Two stunning torrent gorges are challenging to get through on foot, but worth the views. Rock climbers are welcome spring through fall as the park — Croatia’s No. 1 climbing destination — offers well-established climbing routes.

More than 102 species of birds call Paklenica home, and birdwatchers can see golden eagles, peregrine falcons, and several types of rare woodpeckers in the forests.

Once a nature reserve nestled in the Velebit Mountains, Sjeverni Velebit National Park restricts visitors to established trails due to the protected status of several plants and animals. Climbing one of the many peaks rewards you with beautiful views of the Adriatic Sea, but the treks are mostly suited for experienced hikers and mountaineers.

Less hard-core recreational visitors can take part in a stargazing tour and guided night walk in the Zavizan area of the park. You’ll be driven to the area where you’ll learn about the visible constellations and nightlife of the park’s animal residents, and the walk is moderate.

Swimming, snorkeling and diving are highlighted activities in the Kornatis, a small and dense collection of 89 islands just off Croatia’s shore. Most of the islands are small and uninhabited, but protect a vast marine ecosystem. A few islands have small cafés where you can grab a meal; Zut has a small marina and you can climb to the hill above for a nice view.

If you’d like to see more of the islands, we recommend hiring a small boat for a guided, personal tour (and skip the larger boat tours). You may even be able to see dolphins as you sail.

Fourteen islands make up Brijuni National Park, and there’s plenty to see and do here. The Romans enjoyed vacations here, and the ruins of their villas are open for exploration. You can also tour St. Mary’s Church, a 13th-century building said to be built by the Knights Templar, and a Byzantine-era palace.

Dinosaur and archeology buffs should make a point to stop on Veliki Brijun Island, where more than 200 dinosaur footprints were uncovered at four different sites. You can also take a short train tour or rent bicycles or golf carts to get you around the island. Golfers can play a round on the unique par-71 course that has “whites” — groomed white sand putting areas — instead of greens.

Want to learn more? Check out our A Tour of Croatia eBook today! 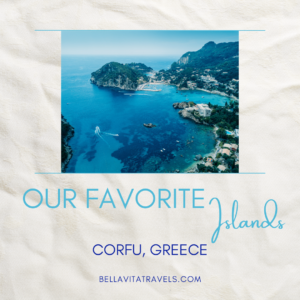 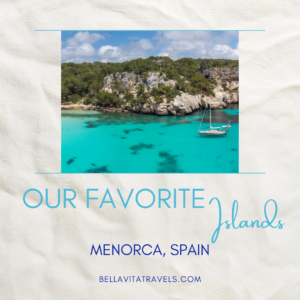 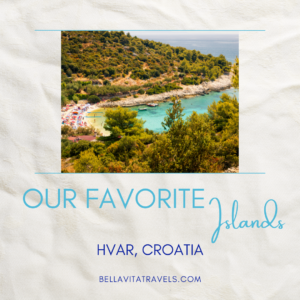 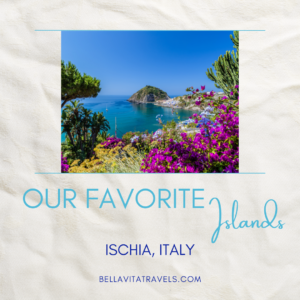